Selling in the DACH region

A content strategy agency, GCVB supports companies with their international marketing in the DACH region. Whether it’s export marketing or market entry launch campaigns, we are proud to be one of the few German-Austrian digital marketing agencies that have both the mindset and the professional experience to think “DACH” when we design integrated strategies & campaigns, or create content.

But what is the DACH region? And why is it significant for your export strategy and international marketing?

DACH markets: 100 million inhabitants and a lot of purchasing power

Are you an export-oriented business? If you are selling goods to the European markets, then you have likely also considered selling products and services to German consumers and companies. After all, it’s the wealthiest mass market on the continent. But how about the DACH markets?

The acronym DACH stands for Germany (D), Austria (A) and Switzerland (CH), a region with more than 100 million inhabitants that have similar values, interests, ideals and beliefs, albeit not being alike.

The annual average purchasing power in Germany and Austria is roughly EUR 24,000 per person. In Switzerland it is 42,000 EUR, due to considerably higher costs of living.

All DACH countries have a good infrastructure, a well educated workforce, and, despite some speed issues, a good digital infrastructure that connects consumers with the internet.

And urbanization is a thing in the DACH region, too. 77 percent of Germans live in urban regions, while it’s 74 percent in Switzerland and 59 percent in Austria. 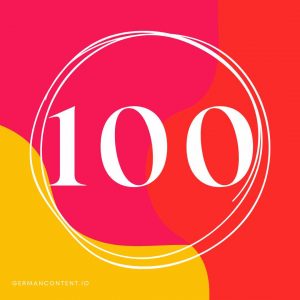 According to the International Trade Administration of the U.S. Department of Commerce, “the volume of trade, number of consumers, and Germany’s geographic location at the center of the European Union make it a cornerstone around which many U.S. firms seek to build their European and worldwide expansion strategies.”

Also, Germany is an excellent market for SMEs, regardless of whether you’re selling directly to the consumer market or focus on B2B.

The Department for International Trade (UK) emphasizes the long-term potential that Germany offers and the great opportunities for businesses with innovative quality products.

But these assessments are based on the assumption that you can successfully position your brand in Germany and the other DACH countries. Hence, brand building will be one of your biggest and most important marketing tasks, when entering the DACH region. 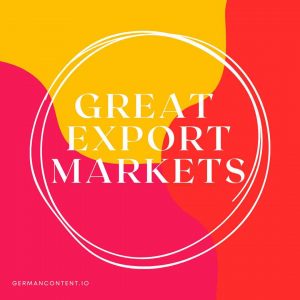 The markets in Austria and Switzerland are similar to that of Germany. Here too, consumers welcome innovative products and appreciate quality at an affordable price. Pricing, though, is a question of attitude. Most consumers have acquired a mix-shopping attitude, which enables them to buy some goods at a higher price, while the bulk of their shopping cart is filled with less expensive products. However, there is also an emerging trend among younger age groups to shop fewer goods/services but with higher (personally perceived) quality. This includes FMCG, fashion, electronics, but also travel and leisure.

Importantly, brand loyalty is very high in Germany. Recent surveys have found that approx. 57 million consumers stick to their brands, once they are convinced of them. And they’ll tell each other about their experiences with their favorite brands.

And reaching them is really not that hard: 70 percent of German internet users (age 16-64) look for brand information on search engines. Why is this significant? Because 35 million consumers, on average, can be reached by placing your information at the top of their search engine results page. 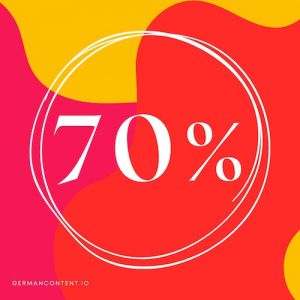 Germans love the internet. They dedicate 5 hrs and 26 min per day to engage in online activities. In total and on average, all German consumers (16-64) produce 17.3 billion minutes of online opportunities every day.

And a typical social media day in Germany has around 4.5 billion minutes. That’s the time all German consumers (16 to 64) spend on social channels.

That’s a lot of time to engage with them. Our advice: use content as a salesforce. 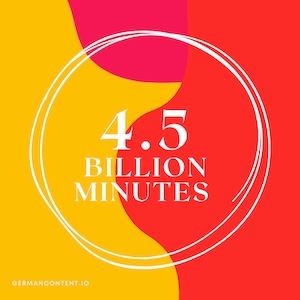 Reaching customers in the DACH markets

To sell your products in Germany and the other DACH markets you need a sound entry strategy, which could be based on a physical presence in Germany, or strong exports that are based on a Direct-to-consumer strategy (D2C).

Communications play a crucial role in your strategy: you need to be visible, convince consumers, and grow sales in the DACH region. When choosing your digital marketing company in Germany or your other entry points into the DACH region, make sure they can act as your content strategy agency and lead agency. They will know more about creating convincing sales-related messages and consumer trust than agencies that specialize on what flows best on social media channels. These are two very different approaches.

Expand your communications to include all countries in the DACH region. This will help you gain ground with your lead generation marketing. It will also help to implement a one-voice messaging with a regional impact and contribute to keeping your costs down.

GCVB is an online marketing agency for DACH markets that was founded to support brands in the region. Whether it’s pathfinder marketing to explore consumer interest, content strategy & creation, digital marketing, media relations, or support for empowering your regional communications network, our knowledge will help you succeed in the DACH region. 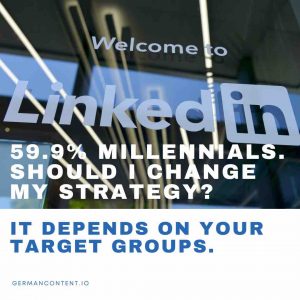 You will certainly want to reach your customers through social media channels. But in a B2B context, you need to be aware of fundamental structures in Germany’ business world.

For your sales-oriented marketing activities, it’s imperative to know who signs off the purchasing orders for your sales. And here, you could be facing a generational divide that requires a multi-faceted strategy for business social media, such as LinkedIn. Currently, most of the users of any product and service are Millennials, but most of the actual buyers may not be. More likely, the corporate buyers are Gen X. Read more in our blog article …

The following authorities can support you on your way to the DACH region.

Selling in Germany / exporting to Germany:

Information on competition and business environment

Useful links to authorities and organizations

Regeringskansliet (SE) with further links to other institutions

Business Sweden with information on setting up your business in Germany

Stats & info from the private sector

Santander Trade (interesting overview but not always precise in all detail)